The Foursquare or Denver Square, as it is known locally, was popularized after the Silver Crash of 1893 as a need for more efficient and cost effective homes grew. As the advertisement from Sears, Roebuck & Co. below shows, you could purchase the kit for the Denver Square or Foursquare home at a reasonable price for the times. What makes the Foursquare homes distinct from the previous elaborate Victorian style home is that it is just a big square, four rooms on the main level and four upstairs. Being square makes it much easier to divide up the space of use and later change if needed. If it could be afforded at the time of construction, many owners added details of their own, whether it be the details on the leaded-glass windows or adding a decorative piece between the two upper windows. There are many great examples of these customized touches to the standard Denver Square throughout town.

The Denver Square is currently in a revival. Many older homes are being restored by their owners and new homes are being built in this classic style with the modern upgrades you would come to expect from the 21st century.

A few of TK Morrison Construction’s new constructions of the Denver Square. 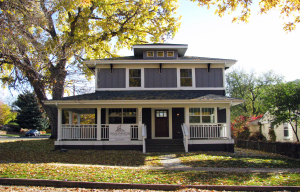 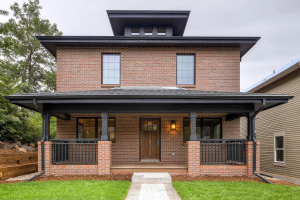 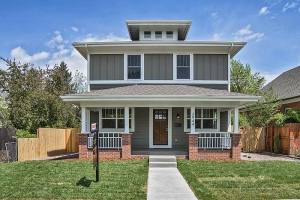 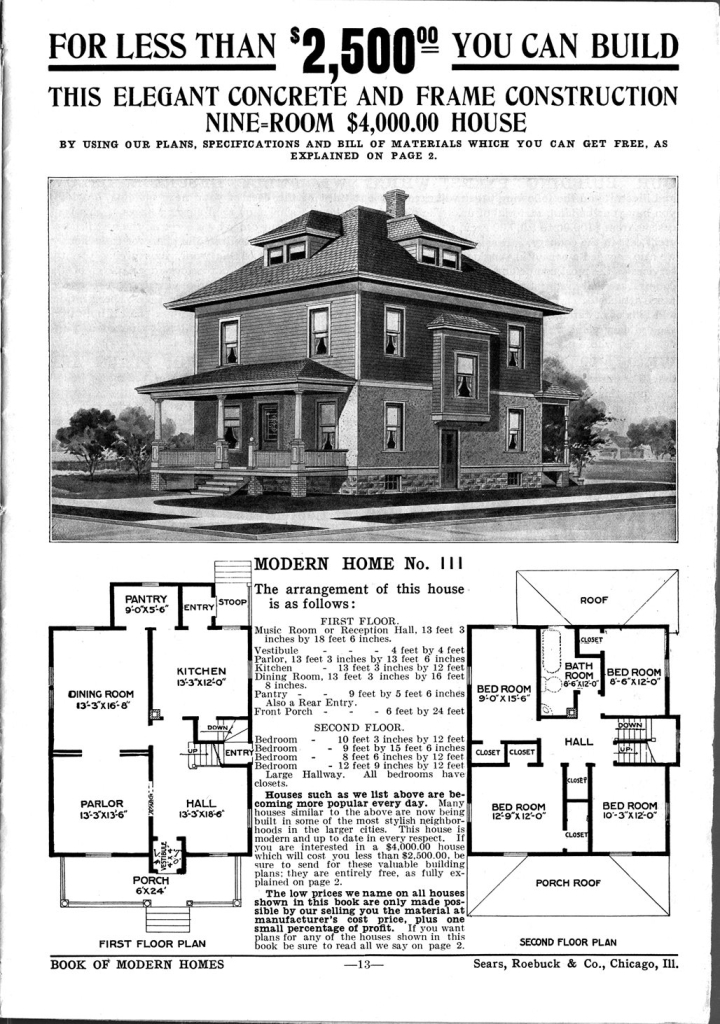 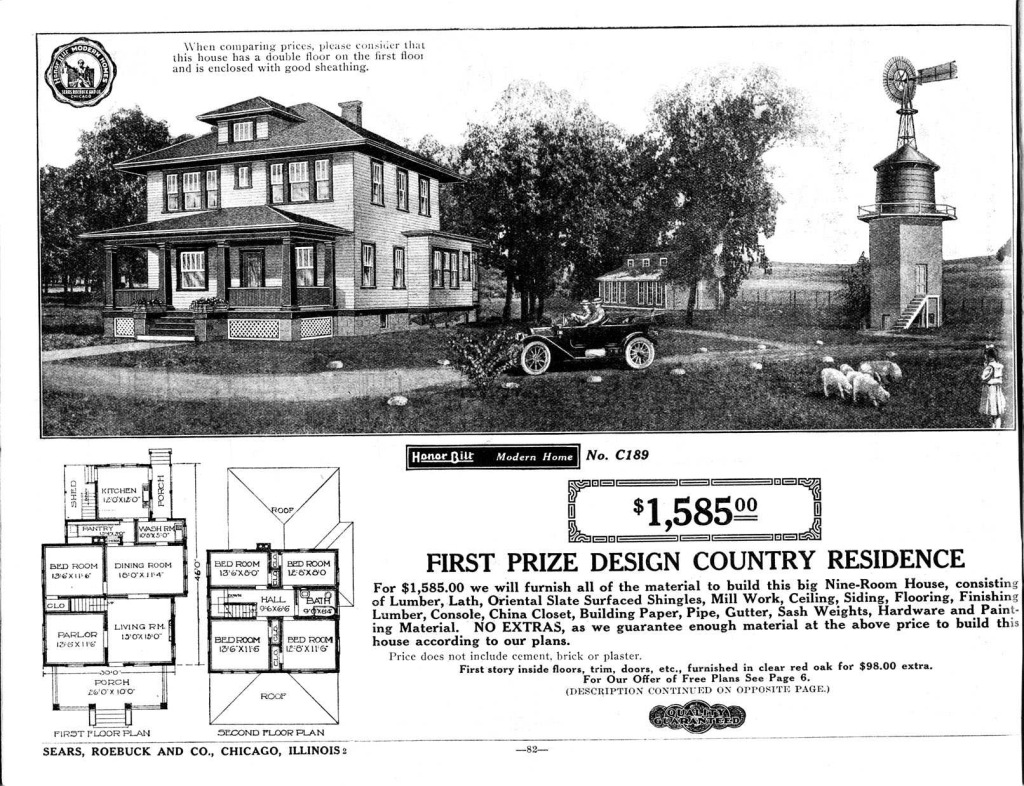 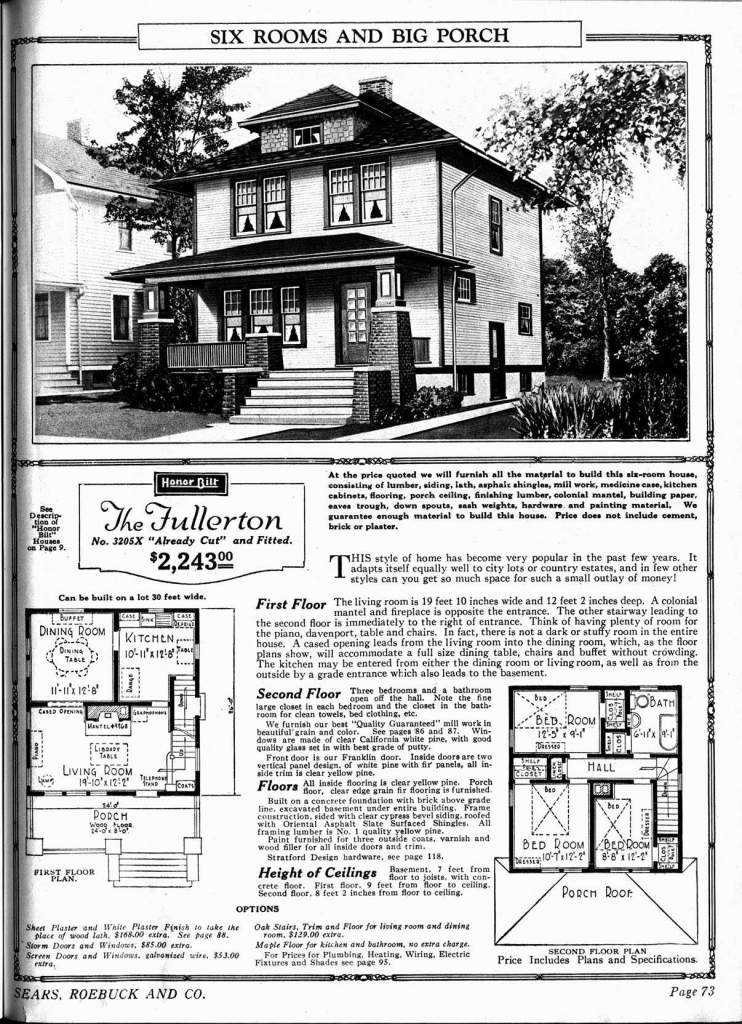